DRIVE IT DAY 2012
Car Clubs the length and breadth of Scotland took to the roads again for Drive it Day. Some doing over 300 miles from 8am till 7pm. in the sun, with just a few clouds mid day. The SDCCC. www.sdccc.co.uk/ started at Dobbies Garden Centre Stirling at 9.30am and headed towards Loch lomond.Driving up the west banks, then over the hills to Arrochar and round Loch Long. Round the loch about a mile, the road turns to the right and starts the long climb up the "Rest and beThankfull" www.friendsoftherest.co.uk/ at the top the cars all gathered in the very senic carpark. The Helensburgh Classics and the Darts clubs started at the bottom gate going through all the very large pot holes. The SDCCC went down from the top and came up one at a time, "Friends of the Rest Chairman" John Buchanan was at the bottom to start all the cars off, one at a time.About 4 or 5 car clubs passed us as we wre sitting at the top of the "Rest" Not forgetting the W.H.Malcolm Classic Trucks. We all then headed to Inveraray on Loch Fyne, and parked the Cars all round the harbour, beside the famous Classic Puffer, "Vital Spark" then met up with some of the Oban Classic and the Triumph 6 clubs, the classic Trucks were to big for the harbour and parked at the back. The SDCCC, Helensburgh and the Darts parked at the front of Inveraray Castle with the permission of the Duke of Argyll. The SDCCC then headed north to Tyndrum and the "Green Welly Stop" for Lunch and met up with the MX-5 Owners Club. Then it was the long drive home.

Birth of the Club How it all started, told by one of the Founders ( Neill Watt )STIRLING AND DISTRICT CLASSIC CAR CLUBIn response to a small advertisement in the local press some 10 people attended a meeting in the Sword Hotel, Stirling, in August 2000. This was the start of the club and most of the attendees joined up at that meeting. The early days of the club consisted of regular meetings and club outings. The meetings usually had a speaker – either invited or “home-grown” – who gave a talk on some topic of motoring interest. The outings took the form of club runs, visits to local motor museums or other places of interest. Members were all enthusiasts and it showed.As time went on members attended shows in the central area and the membership grew as the club became better known. We had our own committee, our own constitution and soon our own newsletter. We were on the map and membership continued to grow.In 2004 the suggestion was made that we were big enough to run our own event. A date was fixed, a venue was secured and our first annual show took place in Strathallan Games Park, Bridge of Allan in May 2005. This was deemed a success by both club and public and has since become an annual event with a firm place in the motoring calendar.We have recently held our 8th annual show which attracted a large entry and a large attendance by the public. As well as allowing enthusiasts from far and wide to indulge themselves the annual show has been good for charities. Each year we nominate our chosen charities. To date, over the course of 8 annual shows we have donated some £27,000 to various charities. 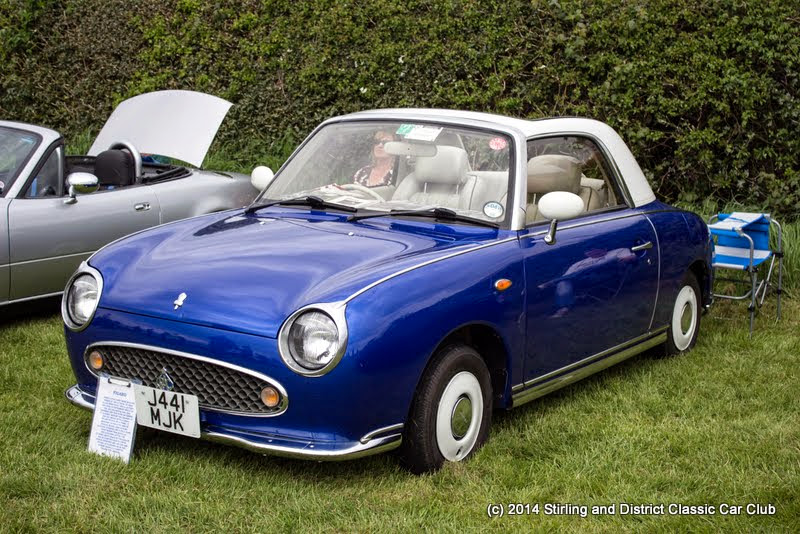 The Stirling and District Classic Car Club takes your privacy seriously and we will only use your personal information to administer your membership and to provide the services you have requested from us.

We will not pass your information on to any outside body for commercial purposes, including other members of the club without asking your permission first.

Data is destroyed after a period of two years from the end of your membership, if you wish it to be destroyed at the time you leave the club please inform the Data Controller.

You have declined cookies. This decision can be reversed.

You have allowed cookies to be placed on your computer. This decision can be reversed.